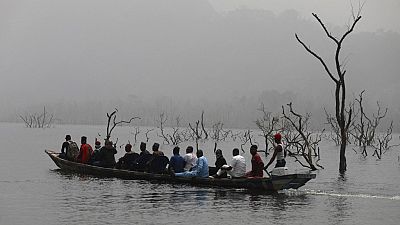 76 people have been reported dead after a boat they were travelling in sank in Anambra state in southeastern Nigeria on Frida, Nigerian president Muhammadu Buhari said on Sunday.

Some 85 people were on board the boat, which was travelling on the River Niger. Anambra is one of 29 states in Nigeria's 36 states that have been devastated by heavy flooding since the start of the rainy season.

"The boat carrying (reportedly) 85 people is said to have capsized due to flooding in the Ogbaru area of the state, and emergency services have confirmed a death toll of 76," Buhari's office said.

"I pray for the repose of the souls of the deceased and for the safety of all, as well as for the welfare of the family members of the victims of this tragic accident," the president added.

Accidents involving boats are common in Nigeria. They are often linked to overloaded vessels, excessive speed, poor maintenance and disregard for traffic rules.

Since the beginning of the rainy season, many parts of Nigeria have been ravaged by floods.

More than 300 people have been killed and at least 100,000 left homeless in the country's worst floods since 2012, according to emergency services.

Thousands of farmlands and crops have also been flooded, raising fears of food shortages and famine in a country already struggling with the consequences of the Covid-19 pandemic and the war in Ukraine. 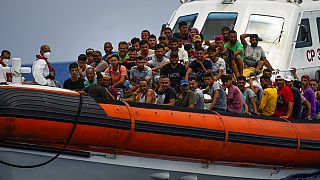