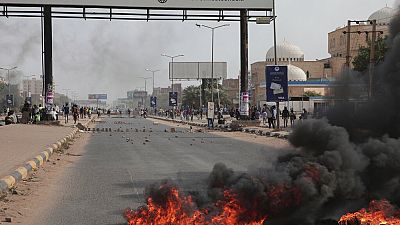 More than 50 Sudanese pro-democracy groups have agreed on a new draft constitution, in one of the largest shows of unity from the country's opposition since the 2019 popular uprising.

The document, signed Wednesday evening, is meant to put the country back on the path to democracy and remove the military from power, according to group leaders.

Sudan has been mired in political turmoil since its military seized power in a coup last October after three decades of repressive Islamist rule under former President Omar Al Bashir.

At least 54 mainly grassroots networks — known as the Resistance Committees — signed the charter late Wednesday in Khartoum, in what is a hybrid of two separate proposals drafted earlier this year.

The merged charter has yet to be formally published by the coalition of opposition groups. However, an unpublished version seen by The Associated Press on Thursday included measures for the removal of the current military leaders, the cancellation of the Juba Peace Agreement and the implementation of a new transitional constitution and legislative council.

The Juba Peace Agreement, signed between the former military-civilian powersharing government and various rebel groups in 2020, promised to integrate the country's various armed factions into one military united force and improve regional and ethnic representation across the country.

However, most protocols stipulated in the deal, including the armed unification, have made little headway. The deal was also not signed by several of Sudan's more powerful rebel forces.

According to Hamid Khalafallah, an analyst and researcher specializing in Sudanese governance, the charter proves the Resistance Committees are real political players in Sudan but it may fail to rally wider support.

"The charter doesn't provide enough flexibility to engage with other actors beyond the Resistance Committees," said Khalafallah.

Since October, the Resistance Committees have spearheaded near-weekly rallies against Sudan's military government which in turn have ruthlessly cracked down on public dissent. Doctors’ groups say that security forces have killed at least 117 demonstrators since October's coup and detained hundreds more.

In an interview with The Associated Press at the U.N. General assembly in September, Burhan refuted these claims denying Sudan had any political prisoners.

Under the weight of domestic and international pressure, both Burhan and his deputy, Gen. Mohammed Hamdan Dagalo, have separately vowed to restore the democratic process in recent months, but neither has provided details on what that restoration would look like.

Burhan announced the military would step back from leading the political transition, though he remains the country's most powerful figure.

The U.N. political mission in Sudan, the African Union and the eight-nation east African regional Intergovernmental Authority on Development group have been trying to broker a way out of the political impasse through cross-part dialogues.

The U.N.'s engagement with the military generated anger among various pro-democracy movements. In July, Burhan announced the withdrawal of the military from the U.N.-facilitated dialogue. 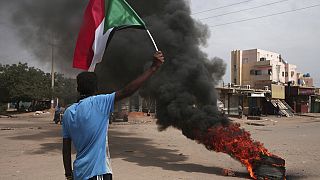 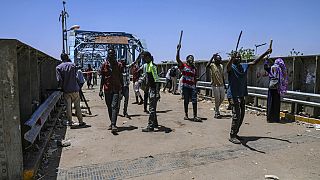