There has been much speculation about who will take on the role of the Black Panther. American actor, Chadwick Boseman, who played the titular role in the original film, died of colon cancer in 2020.

He was the first black actor to headline one of Marvel Cinematic Universe’s films. Plans were quickly put in place for a sequel following the film’s huge success.

But after Boseman’s death, Marvel said that in honour of the actor, it would not recast his role as Wakanda’s king, T’Challa.

‘Who's the next Black Panther? I can't tell you. But, I think what we do see is they're all heroes because they all have to overcome a huge feat, which is the loss of someone incredibly important and central in their lives,’ says actor Winston Duke who plays the role of Lord M'Baku in both films.

‘I think the movie really deals with the fact that we can all be heroes. And in a strange way, art really reflected life with this. The characters in this movie aren't the only ones that have suffered great loss in the last several years. So, we're all coming from this macro place of survival,’ he Duke.

The first trailer, released in July, showed the Wakanda nation mourning their king, and T'Challa's sister, Shuri, holding the Black Panther helmet. In the final minute, we see someone in a Black Panther suit unleashing their claws, leading some fans to speculate that it could be Shuri.

Production of the film wrapped in March after several delays. Many of the original actors are in the sequel, including Letitia Wright, who plays Shuri. Also returning are Lupita Nyong’o, Danai Gurira, Winston Duke, and Angela Bassett.

Marvel Studios has said while it was excited to bring the world of Wakanda back to the public, Boseman's death was a great loss and the sequel would pay tribute to the actor.

‘He was one of those people whose presence was quiet but expansive. So, you don't notice how large of a presence he filled until he's not there. And that's something that's just all throughout this process. So, we're still all kind of recovering and growing from it, but it's something special,’ says Duke.

‘Black Panther 2: Wakanda Forever’ will be released in the United States on 11 November. 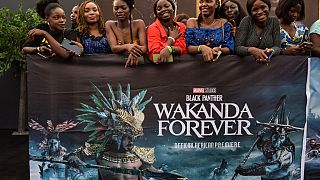 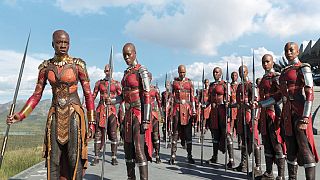 Black Panther is ‘most Tweeted-about movie of all time’ – Twitter

Black Panther is ‘most Tweeted-about movie of all time’ – Twitter