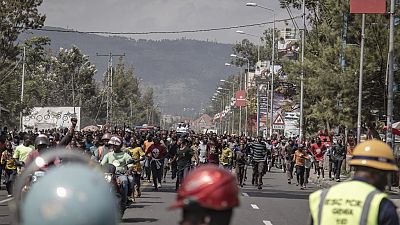 Fourteen civilians were killed on Saturday in a new attack attributed to ADF rebels in the volatile eastern Democratic Republic of Congo (DRC) region of Ituri, local officials said on Sunday.

According to Jacques Anayey Bandingama, president of the youth of the Banyali Tchabi chiefdom, where the attack took place, machete-wielding rebels burst into the village of Kymata at around 7.30pm.

In addition to the 14 people "killed with machetes", two people were injured and two children are missing, "certainly kidnapped" by the attackers who also set fire to the village, he added.

The president of the Nyali Tchabi community, Faustin Mboma Babanilau, deplored the lack of military presence in this region where many armed groups are active: "At the chiefdom office, there are only two soldiers, go figure.

Presented by the jihadist organisation Islamic State (EI) as its branch in Central Africa (ISCAP in English), the Allied Democratic Forces (ADF) group is accused of being responsible for the massacre of thousands of civilians in eastern Congo and of having committed attacks in Uganda.

Since November 2021, DR Congo and Uganda, where the ADF was founded, have been fighting together against this armed group. But the attacks attributed to it have increased in recent months in the eastern DRC.

The Congolese government placed Ituri province and its neighbour North Kivu under a state of siege in May 2021 but has failed to curb the violence since. 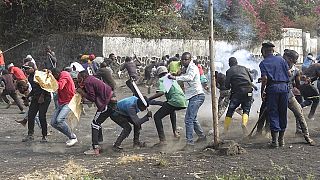