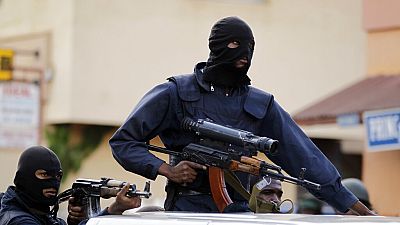 The two Frenchmen were convicted of trying to assassinate Madagascar's president, Andry Rajoelina: their request to have their sentences of 10 and 20 years of hard labour overturned on Friday by Madagascar's Court of Cassation.

The court "rejects the appeals," the president said laconically during an expedited hearing. Paul Rafanoharana, a Franco-Malagasy former adviser to the head of state, and Philippe François, an ex-colonel of the French army converted to business, were arrested in July 2021.

They were found guilty, after an eight-day trial in December, of having set up an operation codenamed "Apollo 21" targeting Andry Rajoelina.

Paul Rafanoharana is considered the mastermind of the plot. He admitted during the trial to the existence of a letter in which he demanded a large sum of money to "guarantee the overthrow of the regime in place".

Philippe François is accused of having acted as an accomplice by concealing the illegal activities of the Apollo 21 project through a front company.

They were respectively sentenced to 20 years and 10 years in prison with hard labour for attempted coup d'état and attempted assassination of the head of state.

After the rejection of their appeal, their lawyers told AFP they were studying the possibility of extraditing their clients to France. "But that would require recognising the Malagasy sentence and therefore recognising that there was indeed an attempted coup d'état," explained one of them.

In total, 20 people have been implicated in this case.