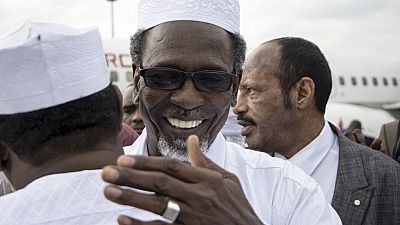 A prominent Chadian rebel leader, who has been in exile for years after trying to overthrow former President Idriss Déby Itno, returned to N'Djamena on Thursday, two days before a national dialogue between the civilian and armed opposition and the ruling junta.

Timan Erdimi, the leader of the Union of Resistance Forces (UFR), whose columns that were melting on the capital in 2019 were stopped due to the bombing of planes of the French army, landed at the airport of N'Djamena where fifty relatives were waiting for him at 08H10 (07H10 GMT).

Mr. Erdimi is due to take part, from Saturday, in a major inclusive national dialogue, which should lead to "free and democratic" elections and the transfer of power to civilians.

The leader of the UFR, who has been living in exile for the past decade in Qatar, is a member of the Zaghawa ethnic group like his uncle Idriss Déby, who ruled Chad for 30 years before he was killed on his way to the front line against rebels in April 2021.

In 2019, after his failed offensive, Chadian justice had sentenced Timan Erdimi in absentia to life imprisonment.

The 67-year-old rebel is a cousin of Mahamat Idriss Déby, Chad's new strongman, who took power from his father Idriss Déby at the head of a Transitional Military Council (TMC).

On August 8, Timan Erdimi's UFR, along with some 40 other rebel groups, signed an agreement in Qatar with the ruling junta that included a "ceasefire.

The signatory groups are invited to participate in an inclusive national dialogue, which is scheduled to open on August 20 for a period of three weeks in N'Djamena.

The dialogue is to lead to "free and democratic" elections and the transfer of power to civilians.