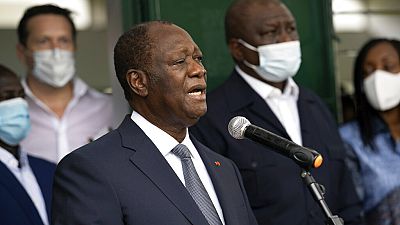 The Ivorian government reached an agreement with trade unions on Monday for a "five-year social truce" in the public sector in exchange for increased bonuses and payment of salary arrears to civil servants.

These "absolutely considerable financial efforts (...) are aimed at calming the social climate and constitute an indispensable basis (...) for accelerating the transformation of our economy," said Prime Minister Patrick Achi at the signing ceremony of the agreement in Abidjan.

On their part, the unions have pledged to "respect the social truce agreed upon for the stability of the country, giving priority to dialogue," said Mamadou Soro, Secretary General of the Humanisme trade union center, one of the signatories of the agreement.

This agreement extends the 2017-2022 agreement worth 357 billion CFA francs (545 million euros), signed following an extensive social movement in January 2017 in the civil service.

Civil servants in various sectors - education, health, energy, security forces - had gone on strike to demand, among other things, salary increases and the payment of arrears.

"I have noted with satisfaction the willingness of the trade unions to give priority to dialogue as the main means of making social demands," President Alassane Ouattara said on Saturday in a speech on the occasion of the Ivorian Independence Day.

On that occasion, he announced a series of measures in favor of civil servants, contained in Monday's agreement. 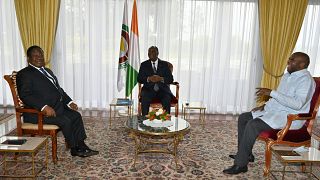