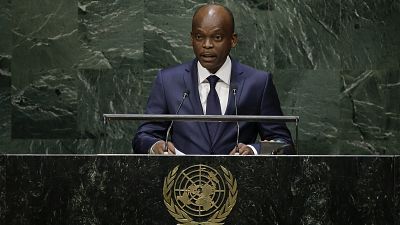 Ivorian President Alassane Ouattara met Tuesday with Togolese Foreign Minister Robert Dussey, who's acting as mediator between Abidjan and Bamako to "find a quick solution" over the case of 49 Ivorian soldiers detained in Mali for almost two weeks.

According to a memo from the Ivorian presidency, Alassane Ouattara "expressed his gratitude" towards his Togolese counterpart Faure Gnassingbé - represented by Robert Dussey -, "for the initiatives taken to find a rapid solution."

Robert Dussey was in Abidjan, one day following a meeting in Bamako with the Malian president of the transition Assimi Goïta. The latter, who said he was "open to dialogue and willing to work for a happy outcome to this situation," had called for mediation by Togo.

In a statement read Tuesday by AFP, the attorney general at the Bamako Court of Appeal is opening a judicial inquiry, promising to "shed full light on this matter".

Ivory Coast called last Tuesday for the release "without delay" of its 49 soldiers arrested "unjustly" on July 10 at Bamako airport. The Malian authorities accuse the officiers of being "mercenaries" seeking to destabilize the country.

But Abidjan insists, arguing the presence of its soldiers, as part of logistical support operations for the United Nations mission in Mali (MINUSMA), was "well known to the Malian authorities."