The Rwandan army has intervened in the eastern Democratic Republic of Congo (DRC) in recent months, both directly and in support of armed groups, according to a report by United Nations experts consulted by AFP on Thursday.

The Rwandan army has "launched military interventions against Congolese armed groups and positions of the Congolese armed forces" since November 2021, according to the report sent to the Security Council.

The experts say that Kigali has also "provided troop reinforcements to the M23 for specific operations, particularly when these were aimed at seizing strategic towns and areas".

Congolese out in the streets to protest against Rwanda https://t.co/PTaZBOTyV4

The 23 March Movement (M23) is a former Tutsi-dominated rebellion defeated in 2013, which took up arms late last year to demand the implementation of an agreement signed with Kinshasa.

Since the end of March, the frequency and intensity of the fighting have increased dramatically and the M23 has seized parts of Rutshuru territory, up to a dozen kilometres north of Goma, the provincial capital of North Kivu.

The report of the Group of Experts undermines the denials of the Rwandan authorities and details the direct involvement of Rwanda "unilaterally or jointly with M23 fighters" in eastern DRC.

On 13 June, the strategic town of Bunagana (50 km north of Goma), a commercial crossroads on the Ugandan border, was taken by the M23 after clashes.

Drone footage provided by Monusco, amateur videos and photos and eyewitness accounts establish the presence of Rwandan armed forces and/or the transfer of their equipment to the M23 in and around the town of Bunagana on the eve and day of the attack.

The Group adds that "eyewitnesses and researchers have reported a passive, minimal complacency on the part of the Ugandan army at the border, which allowed M23 fighters to cross the border" to attack the town.

The report states that "on several occasions, aerial images showed large columns of up to 500 armed men near the DRC, Rwanda and Uganda borders, moving in a highly organised manner and wearing standard military dress and equipment (uniforms and helmets very similar to those of the RDF)", the Rwandan armed forces.

Two weeks before the assault on Bunagana, on 25 May, the largest Congolese military base in Rutshuru was under heavy mortar and automatic weapons fire. The Group writes that "M23 and RDF jointly attacked the FARDC camp in Rumangabo".

Estimated to number between 900 and 1,000 men, the Rwandan columns "cut off the RN2 for several days" and "attacked and dislodged the FARDC from their positions" along this road, which is vital for Goma.

At the same time, "armed group fighters supported by some members of the FARDC launched a counter-attack on 26 May 2022", the Group notes.

A video filmed that day and shared on social networks shows militiamen singing and dancing in the Rumangabo camp after it was recaptured. On 9 June, during a visit to the camp, the experts observed and photographed members of armed groups alongside the FARDC.

A coalition of armed groups - some of them enemies - was formed in May under the watchful eye of Congolese army officers, the report said.

When contacted by the Group, "leaders of armed groups, combatants and ex-combatants confirmed their involvement - alone or jointly with some FARDC soldiers - in the fighting against M23 and/or RDF troops" and confirmed that they had "received arms and ammunition from some members of the FARDC on several occasions".

The FDLR, Democratic Front for the Liberation of Rwanda, is an armed group founded in Congo by former dignitaries of the Rwandan genocidal regime who are on the run. Presented as a threat by Kigali, the existence - and violence - of this militia has justified past Rwandan interventions in Congolese territory and its support for rebellions that fought them. 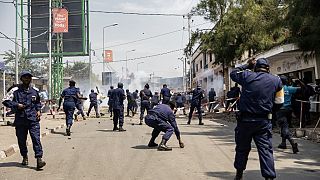 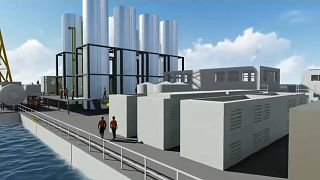