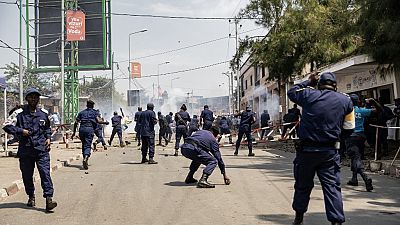 The Congolese authorities decided on Thursday to fight "stigmatisation" and "manhunting" in the Democratic Republic of Congo, where a Tutsi-dominated rebellion, supported by Rwanda, is occupying several localities in the east, according to state television, RTNC.

During a demonstration against the rebellion of the March 23 Movement (M23) on Wednesday in Goma (North Kivu, east), violence targeted Rwandophones (Hutu and Tutsi).

On Tuesday in Kisangani, an important city in the northeast, a Rwandophone lieutenant colonel of the Congolese army was brutalised by the population and police officers.

Civilians caught in the fighting between DRC's army and the M23 rebels https://t.co/NYPfZtbygM

The high council of defence has instructed the interior minister and the police chief to take all "necessary measures to avoid stigmatisation and manhunting" during the demonstrations against Rwanda and the M23, said Communication Minister Patrick Muyaya.

The High Defence Council chaired by Head of State Félix Tshisekedi in the presence of several members of the government and heads of security services demanded that Rwanda "proceed with the immediate withdrawal from Congolese soil of its troops (operating) under the cover of the terrorist group M23", added Minister Muyaya.

The Council invited the Congolese government to "suspend all protocols of agreement, accords or conventions concluded with Rwanda," Minister Muyaya said in a report on state television.

On Monday, the M23 occupied the town of Bunagana, a major commercial centre on the border with Uganda. The authorities accused Rwanda of providing military support to the rebel group in the attack.

A Tutsi-dominated rebellion defeated in 2013 by Kinshasa, the M23 took up arms again at the end of 2021, blaming the Congolese authorities for not respecting an agreement for the demobilisation and reintegration of its fighters.

Relations between the DRC and Rwanda have been strained since the massive arrival in eastern DRC of Rwandan Hutus accused of massacring Tutsis during the 1994 Rwandan genocide. 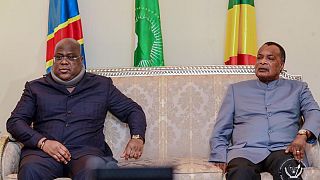