In Rwanda, breeding pigs can be a headache for smallholders who often have to travel several kilometres to hire a male stud or collect pig semen. But a pilot project is changing things, delivering swine semen by drone to farms. Zipline, the company behind the project has been operating it since the beginning of this year working with RAB, the Rwandan Agriculture and Animal Resources Development Board.

Isaiah Rugirababiri is a pig breeder in Kayonza, Eastern Rwanda. He welcomes the initiative which also provides access to animal health products. "What motivated me to use this drone-transported pig semen is that it is a good breed that will increase my production. With this method, I don't have to worry as much as before about the quality and the breed I have chosen.", explains the farmer.

The ambition of this programme is to increase livestock production to boost Rwanda's food self-sufficiency. Anicet Karambizi has been a pig breed for 11 years, out of his 145 pigs, 82 were born thanks to drone seed deliveries. He says the method could also reduce the risk of transmissible diseases such as African swine fever. "I have significantly increased my pig production with this drone-transported pig semen. Using boars used to cause us a lot of trouble with inbreeding, but now we have noticed the difference. With the drone delivery, we receive them on time and the farmer is one hundred per cent sure that he has the right breed.", explains the pig breeder.

Smallholders pay between 6.50 and 10 US Dollars to inseminate a female pig and the drone transport is paid for by the government.

"The deployment of drones to improve our national heads and also the life of our livestock in a bid to provide more, I guess I should say sufficient and nutritious food is very welcome and is what we are trying.", says Solange Uwituze, Deputy Director General of Rwanda Agriculture and Animal Resources Development Board (RAB).

To double the estimated population of 1.8 million pigs, RAB, has set itself the target of inseminating more than 150,000 pigs per year using drones. 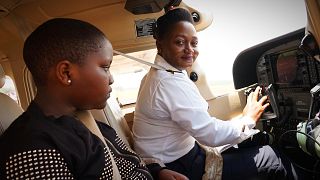 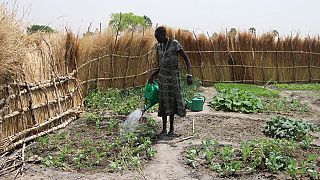 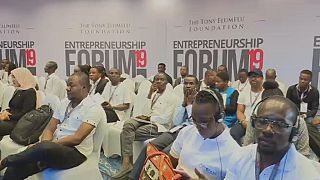