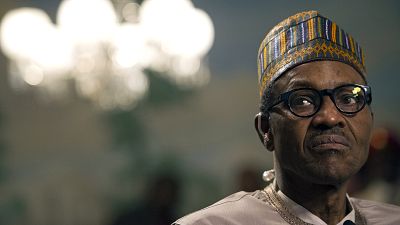 **On Wednesday, July 27, Nigerian opposition senators called for President Muhammadu Buhari's impeachment if within six weeks, he failed to "resolve the issue" of insecurity.
**

"Nowhere is safe in Nigeria, even Abuja. Urgent steps need to be taken," Abuda told reporters after walking out from the chamber.

Parliament is controlled by the ruling All Progressive Congress (APC) party rendering unlikely any successfull impeachment vote. For a president to be impeached, the motion requires support by two thirds of senators.

Less than a year before the end of his second term in office, the results of president Muhamadu Buhari's security policy has been widely decried.

Speaking to Africanews correspondent David Agunloye Taylor shortly after the massacre of churchgoers in southwest Nigeria in June, Goddy Uwazurike, a Lagos based legal practitioner believed the Nigerian government failed its people in its constitutional responsability.

"We have a president, a governor, a police and army chiefs yet we are afraid" yet, "the security and wellfare of the people is the primary funtion of the government", the Uwazurike said.