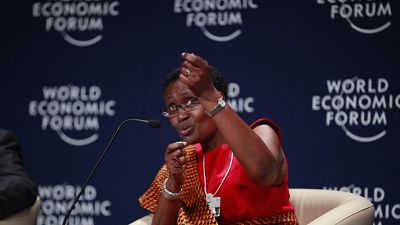 Winnie Byanyima took it to Twitter, Tuesday, to slam the treatment she received when boarding a plane in Geneva, in the western part of the Swiss Confederation.

The executive director of the UN Aids agency was heading to Canada where the pre-conferences of the 24th international AIDS conference are scheduled on Wednesday 27 to Thursday 28.

"I’m almost refused to board, all docs scrutinised over &over again, calls made…. I board last.", she tweeted.

The former Executive Director of Oxfam International denounced an "unjust" and "racist" situation for "hundreds from the South" who will miss the "UNAIDS2022" conference over visa issues.

The incident comes after Afropop star Yemi Alade was barred from performing in Canada after her visa applications were rejected. She was expected to sing on the closing evening of the Nuits d’Afrique festival taking place in Montréal on July 24.

In neighboring USA, it is Kenyan athlete Ferdinand Omanyala –a.k.a Africa’s fastest man- who landed in the country hosting the 18th World Athletics Championships. Omanyala arrived at the track about two hours before his 100 race. However, his race had started long before that.

It was a marathon just to make it to his race due to a delay in securing his visa. He was actually resigned to sitting this one out.

But his paperwork was approved at the final hour and his team quickly scrambled to book a flight. It was quite a trek, too — flights from Nairobi to Doha, then to Seattle, and finally to Eugene and one last ride to Hayward Field. All in all, he spent about 20 hours on planes. That doesn't include the layovers.