South Africa's football queens were greeted with big cheers and open arms in Johannesburg on July 26 after their victory at the Women's Africa Cup of Nations. Banyana Banyana beat Morocco 2-1 on July 23 in Rabat and won their first ever trophy of the tournament making their entire country and coach proud.

"You know this team, this team is incredible, said their coach Desiree Ellis, These players are amazing. Before we even left for the tournament, we had a meeting and I asked them: 'What are your ambitions?' Jermain Siphoseno said: 'We want to win AFCON.' I said to Jermain: 'First the World Cup qualification.' She said: 'No, if you win AFCON you qualify for the World Cup.' So that was self-confidence".

And the striker was right, their success made them qualify for the Fifa Women’s World Cup 2023 jointly hosted by Australia and New Zealand next summer.

Their hard work and achievements brought to light the sharp difference between their earnings and the men's team also seen in the bonus they received.

"We must work together to address this disparity between men and women in sport. On the African continent Sierra Leone became the first African country to pay men and women the same.", said Danny Jordaan, SAFA (South African Football Association) President.

A call that could have resonated. In addition to the R9.2 million bonus promised by the South African Football Association, the team was awarded an extra R5.8 million by the minister for sports. 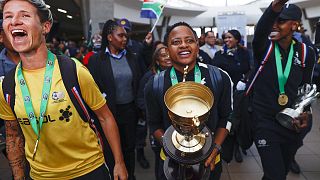 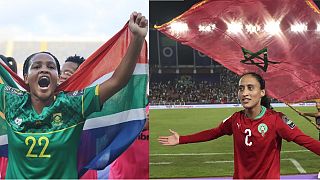 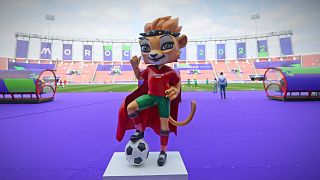