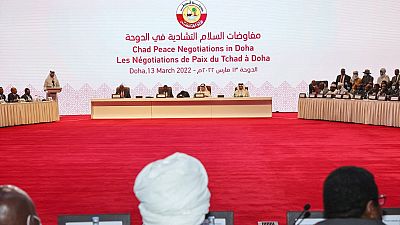 In a statement, Chad rebels said on Friday they would renew their participation in peace-building talks with the transition authorities, after breaking off negotiations last week.

The decision revives the possibility of their participation in a national dialogue set to take place on August 20 that is meant to be a precursor to long-awaited elections after interim President Mahamat Idriss Deby seized power last year.

The rebel group had cited a "bad atmosphere" at negotiations in Qatar.

A year after Chad's leader Idriss Déby was killed visiting troops fighting the rebel insurgency in the north, many challenges still lie ahead. The transitional military council established on April 21, 2021 has been chaired by his son Mahamat Idriss Deby.

Initially his council had said it would oversee an 18-month transition to democratic rule, but it has worries grow as little sign of organising elections are visible as that deadline nears.

Pressure has started to grow from opposition groups within Chad and bilateral partners to advance the transition process.

Chad is an ally of France and other Western countries in the fight against Islamist militants in Africa's Sahel region.