**Chad’s appeal comes as a meeting between the AU chairperson, the chairman of the AU commission and the Russian President is scheduled Friday. The African leaders will mediate the war in Ukraine and discuss the release of stocks of grain and fertilizer whose blockage affects importing nations.
**

Chad declared a food emergency in the country on Thursday.

The government calls on "all national and international partners to help the population", a decree signed by the chief of the military transition Mahamat Idriss Déby read.

Citing a "constant deterioration of the food and nutritional situation and a growing risk" of food scarcity if no assistance was given to the Sahelian nation.

The United Nations estimated last year that 5.5 million Chadians or more than a third of the population were in need of urgent humanitarian aid. The situation has only worsened following the war in Ukraine.

Talks with Putin over food security

According to the Observatory of Economic Complexity (OEC), Russia and Ukraine were the world's second and third cereal exporters in 2020. That same year, Africa imported 4 billion dollars’ worth of agricultural products from Russia. It is particularly the case for Maghreb countries, which rely on Russian and Ukrainian wheat. With imports accounting for more than 50%. Southern Africa is not spared; an economic blow is expected to be felt in Zambia and Zimbabwe for example. Russian companies supply the bank all the fertilizers use for the country.

Chad’s appeal for assistance comes as the AU chairperson and the chairman of the AU commission will meet the Russian President Friday, in a bid to mediate in the war in Ukraine and discuss the release of stocks of grain and fertilizer whose blockage affects countries which heavily rely on imports.

In a message addressed on Tuesday to the leaders of European countries meeting in Brussels, the Senegalese president asked to do everything "to release the grain stocks available" in Ukraine but blocked because of the Russian offensive that organizes a blockade in the Black Sea and prohibits access to the port of Odessa. Sall spoke of "the catastrophic scenario of shortages and generalized price increases." The Senegalese president also raised the issue of the impact of Western sanctions imposed on Russia.

With the ban of select Russian banks from the Society for Worldwide Interbank Financial Telecommunications (SWIFT banking system), the impossibility for Africa nations to obtain to pay for their supplies has become complicated. 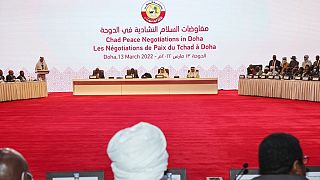 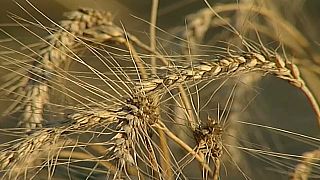