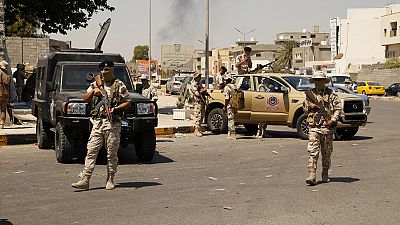 Clashes broke out overnight in the country’s capital, Tripoli, killing at least one civilian and forcing around 200 people to flee the area.

The Libyan Presidential Council, based in Tripoli, said in a statement early in the morning that all forces involved should go back to their bases immediately.

However, there were signs Friday that the clashes were continuing and spreading to other areas of the Libyan capital. The Mitiga airport, Tripoli’s only working airport, announced that it was closing out of concern for its passengers safety.

It was the latest violence to threaten the relative peace after nearly a decade of civil war, and comes as Libya is in a political stalemate between two rival sets of authorities. The divisions have sparked several incidents of violence in Tripoli in recent months.

Malek Merset, a spokesman for Tripoli's emergency services, said at least one civilian had died as a result of the clashes. He called for calm so that more could be allowed to leave through a corridor the emergency service set up in the early hours of Friday.

The cause of the fighting that began late Thursday was unclear. Videos shared on social media showed local militia forces deploying and heavy fire being exchanged across the night sky.

Libya has for years been split between rival administrations in the east and the west, each supported by various well-armed militias and foreign governments. The Mediterranean nation has been in a state of upheaval since the 2011 NATO-backed uprising toppled and later killed longtime leader Moammar Gadhafi. 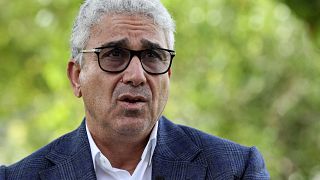