In this new edition of Business Africa: the euro falls under the dollar, dragging down the CFA franc; Ethiopia's record coffee export revenues of $1.4 billion for the past fiscal year and the digital divide is narrowing in Central Africa thanks to the Central African Backbone (CAB) project.

With the decline of the euro since July 5 against the U.S. dollar, the European currency has reached its lowest level since its introduction in 2002. This collapse has raised fears of a difficult economic climate for the 14 African countries that share the French Colonies of Africa franc, which is linked to the euro by a fixed parity.

The Congo and Cameroon are now interconnected by a fiber optic network built under the Central African Backbone project, funded by the African Development Bank.

The CAB project was approved in 2012 by the heads of state and government of the Economic Community of Central African States (ECCAS). It aims to connect the countries of the subregion to a high-speed telecoms infrastructure. As part of this project, CAR was to interconnect with Cameroon and Congo. Cameroon is to interconnect with Gabon and Chad.

The Ethiopian government has unveiled a record $1.4 billion in revenue from coffee exports in the Ethiopian financial year 2021/2022. This revenue exceeded the fiscal year target of just over $1 billion.

In an effort to tap the full potential of its coffee sector, the government has launched a 15-year coffee development strategy. 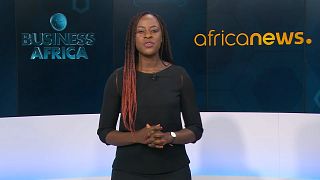