To celebrate with her, many Tunisians flooded the streets. A big crowd assembled under the large stand in front of the Local Theater on Avenue Bourguiba, the main road of Tunis.

"The love of Tunisians is more important than any title, Ons Jabeur says, emotional. I hope this is the beginning of many more victories. I am proud to be Tunisian."

Jabeur was swarmed by supporters, reporters and television cameras as everyone tried to get a shot of the trailblazing player. The most lucky spectators caught balls signed by the 27-year-old, nicknamed the minister of happiness.

Jabeur has spent much of her career breaking new ground for African and Arab tennis. She was the first African to win a WTA Tour title, and the first to win a Masters tournament when she lifted the Madrid trophy in May.

Since then she has become an inspiration. So much so that the number of members joining her club located in Tunisia’s center-east region has doubled.

Despite her lost final in Wimbledon, Jabeur is determined to become a Grand Slam champion. 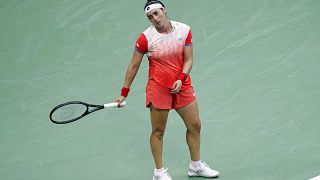 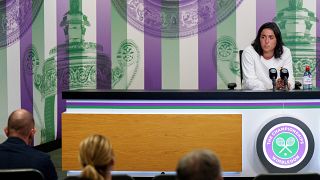