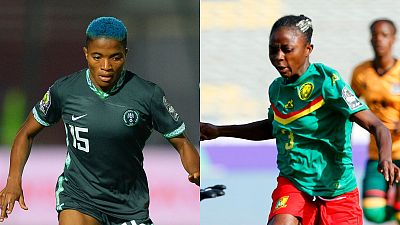 The last knock out stage matches of the women's AFCON on Thursday seem to be within the reach of Nigeria and South Africa, the two finalists of the previous edition in Ghana. However, the favourites will have to watch out for the outsiders.

As far as football rivalries are concerned, this is one of the richest on the continent and this concerns both the female and male competitions.

Before this quarter-final, which is a remake of the 2016 final in Yaoundé, this classic is highly-charged. Both teams are physical and athletic and will have to draw on their resources to move to the next level.

Nigeria is the favourite for this match because of its record: The Super Falcons have won nine of the first eleven editions of the tournament and lead the offensive ranking of the tournament (7 goals scored) even though their striker Asisat Oshoala has been unavailable since the opening match against South Africa.

If Cameroon got off to a slow start with two consecutive draws, the Indomitable Lionesses have risen to the occasion and now dream of a feat.

Like Morocco, South Africa won all their group stage matches including the 2018 final rematch against the Nigerian ogresses.

Banyana Banyana were dealt a major blow on Tuesday when they confirmed their guide Thembi Kgatlana had suffered a permanent injury to her hamstring.

They will have to rely on captain Refiloe Jane or Linda Motlhalo and Andile Dlamini, all selected in the first-round squad.

On the other hand, the Carthage Eagles will rely on the individual talent of Mariem Houji to hope for a resounding success in only their second AFCON participation. 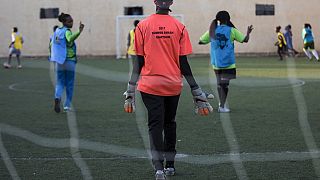