A Moroccan fact-finding mission concluded on Wednesday that the African migrants who died in "stampedes" during an attempt to enter the Spanish enclave of Melilla (northern Morocco) at the end of June died of asphyxiation, blaming the police.

"23 migrants died as a result of the attempt to cross into Melilla," confirmed Amina Bouayach, president of the National Council for Human Rights (CNDH), an official body charged with investigating the scene after the tragedy, at a press conference in Rabat.

A total of 217 people were injured, 77 migrants and 140 police. Spanish NGOs reported a higher death toll of 37.

"No bodies have been buried and it has been decided to carry out autopsies to determine the circumstances of the deaths," Bouayach said.

After examining the bodies, Dr. Adil el-Sehimi, who took part in the CNDH's fact-finding mission, said he favored "mechanical asphyxiation" as the cause of death, while advocating waiting for the results of the autopsies which are "still in progress.

In its preliminary conclusions, the CNDH described the modus operandi of this "unprecedented assault" when about 2,000 irregular migrants tried to force their way through the border with the Spanish enclave of Melilla, from the Moroccan city of Nador, on June 24.

"Armed with sticks and stones, the migrants, mostly Sudanese and who came in large numbers, split into two groups: the first stormed a border post closed since 2018 and the second scaled the nearby barbed wire walls," according to the CNDH.

It was at the buffer zone -- equipped with manual turnstiles allowing the passage of only one person at a time -- of the border crossing that the drama took place, it says.

"A large number of migrants were crammed into this narrow area, which led to jostling and suffocation," the council said, regretting that the border crossing remained closed on the Spanish side.

As for the "excessive use" of violence by the police, denounced by the UN, the African Union (AU) and NGOs, the CNDH argues that the repression followed "the danger of the large number of migrants armed with sticks and stones. "The police did not use any firearms," it said.

Confronted with videos that have gone viral on social networks showing migrants being beaten to the ground by Moroccan police officers, local authorities told the CNDH that these were "isolated cases.

The June 24 tragedy was preceded by a series of violent clashes the previous week during sweeps by security forces targeting makeshift settlements near Nador.

The clashes left dozens of police officers injured and five of them were "kidnapped" before being released by the migrants, according to local authorities.

This migration drama is the deadliest ever in the numerous attempts by sub-Saharan migrants to enter Melilla and the neighboring Spanish enclave of Ceuta, the EU's only land borders with the African continent. 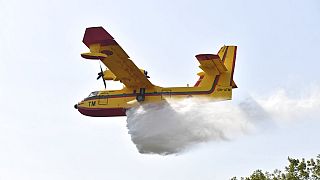