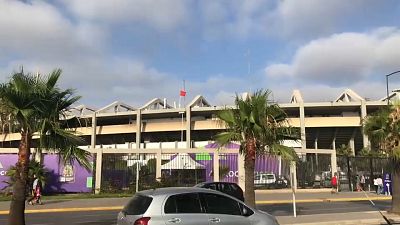 The women's African Cup of Nation's WAFCON tournament is in full swing in Morocco having kicked off on Saturday July 2.The tournament presently in its 12th edition however pales in contrast with the razzmatazz familiar with the men’s competition.

For now, the buzz surrounds Morocco, host nation and their team when they play.

"I noticed that there is a great public enthusiasm for the games of Morocco. I think it will be a great success especially if it is crowned by a Moroccan victory or a qualification for the World Cup''

A calm atmosphere pervades the Mohammed V sports Complex in Casablanca. Only a few fans take the direction of the stadium to support their teams... The atmosphere is far from being similar to that which was seen a few months ago in the men's AFCON competition.

A cameroonian fan believes the continent is keen for women's football and remains optimistic. "Today Africa is interested in women's soccer. Towards the development of women's soccer. We think that in a few years, we will have the same level of soccer as in Europe."

Hajar Toufik, Africanews correspondent reports that the Morocco 2022 edition will see the participation of 12 teams instead of 8 for the first time. Two stadiums have been chosen for the matches of the tournament- The Moulay Abdellah Complex in Rabat, and the Casablanca stadium.

For women's football to gain popularity, the Royal Moroccan Football Federation set up a development program with an annual budget of 6 million euros. The objectives are ambitious, Hajar reports. It starts with a qualification for the next World Cup and the Olympic Games in Paris.

A Moroccan fan is impressed. **_"We can perfectly say that the Moroccan soccer federation works well. They have the means and always try to create the necessary conditions for things to go well''_**Abderrahim Bourkia said.

Attracting the public in the stadiums is one of the challenges to make women's football attractive, especially since the fans are an essential link in the chain of development of the sport.