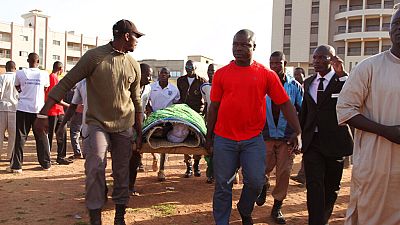 The number of civilians being killed through conflicts keeps rising. These civilians are caught up in a spiral of massacres and reprisals, according to statistics and observers.

So far, 2,057 civilians have been killed in Mali, Niger and Burkina Faso since the beginning of 2022, a figure higher than the 2,021 recorded for the whole of 2021, AFP found from a compilation by the specialist NGO Acled.

Since 2022, each month has seen its share of attacks. And the names of villages now sound like massacres that are accumulating: in June, Diallassagou in central Mali (132 civilians killed) and Seytenga in Burkina Faso (86 civilians killed).

In May this year, Madjoari - eastern Burkina Faso, about 50 people were reported dead, according to the authorities). The figure was even higher Moura in central Mali where 300 civilians were killed by the army in March, according to the NGO Human Rights Watch.

In total, according to Acled, 11,276 civilians have been killed in the three Sahelian countries since the conflict began in 2012.

"Our families are dying by the hundreds, and we have the impression that people are not interested," a Malian national from the Ménaka region, also the scene of deadly clashes in recent months, told AFP.

Sitting in Bamako, with a blank stare, he deplores the fact that the dead are sometimes only counted by the dozen or so. "When it happens in the north of Mali in the desert, there is often no communiqué from the state," he laments.

"So we bury them and move on," he concludes, fatalistically.

In general, the increase in massacres has "doubled the number of victims" in the Sahel over the past two years, observes Mahamadou Abdouramahni, coordinator in Niger of the African Security Sector Network (ASSN).

In the Sahel, "civilians die in anonymity and indifference", corroborates a Malian human rights defender, who does not wish to give his name. "But there are more and more of them," he says.

And the geographical area of violence is expanding. Initially confined to the north of Mali at the start of the conflict, it has spread to the centre and to neighbouring Burkina Faso and Niger. Today, it is spreading to the south of Mali, notes Bokar Sangaré, editor of the Malian news website Benbere. And towards certain coastal countries on the Gulf of Guinea, such as Togo, which was the victim of the first official deadly jihadist attack in early May.

The main actors in the conflict are pointed at: the national armies, the jihadist nebula of Al-Qaeda or the movement affiliated with the Islamic State group.

The latter, which operates mainly in the border regions between Mali, Niger and Burkina Faso, "has always had a strategy of violence against the population in order to establish its domination," Sangaré said.

Many observers attribute the recent massacre in Seytenga to Islamic State, although there was still no claim to it on Monday. "They opened the doors of the houses to go in and execute", "they shot at those who tried to flee", survivors told AFP a few days later.

The number of civilians killed in attacks attributed to extremist groups has almost doubled since 2020, and the number attributed to the defence forces "has risen dramatically since the beginning of 2022", the Citizens' Coalition for the Sahel, a coalition of West African NGOs, recently noted.