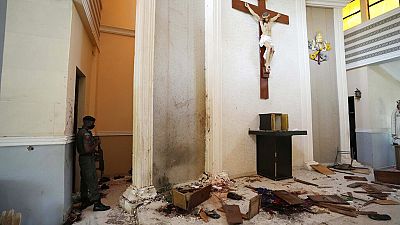 This follows a similar attack in the West African nation week ago which left 40 worshippers dead.

The attack in Kajuru area of Kaduna State targeted four villages, resulting in the abduction of an unspecified number of residents and the destruction of houses, locals said.

It was not immediately clear who was behind the attack on the Kaduna churches. Nigeria has been struggling with security issues, with Kaduna as one of the worst-hit states. At least 32 people were killed in the Kajuru area last week in an attack that lasted for hours across four villages.

Worshippers were attending the church service at the Maranatha Baptist Church and at St. Moses Catholic Church in Rubu community of Kaduna on Sunday morning when "they (the assailants) just came and surrounded the churches" both located in the same area, said Usman Danladi, who lives nearby.

"Before they (worshippers) noticed, they were already terrorizing them; some began attacking inside the church then others proceeded to other areas," Danladi said. He added that "most of the victims kidnapped are from the Baptist (church) while the three killed were Catholics."

The Kaduna state government confirmed the three deaths by bandits who "stormed the villages on motorcycles, beginning from Ungwan Fada, and moving into Ungwan Turawa, before Ungwan Makama and then Rubu." Security patrols are being conducted in the general area" as investigations proceed, according to Samuel Aruwan, Kaduna commissioner for security.

The Christian Association of Nigeria condemned Sunday's attacks and said churches in Nigeria have become "targets" of armed groups.

"It is very unfortunate that when we are yet to come out of the mourning of those killed in Owo two Sundays ago, another one has happened in Kaduna," Pastor Adebayo Oladeji, the association's spokesman, told The Associated Press. "It has become a recurring decimal."

Many of the attacks targeting rural areas in Nigeria's troubled northern region are similar. The motorcycle-riding gunmen often arrive in hundreds in areas where Nigeria's security forces are outnumbered and outgunned.

It usually takes months for the police to make arrests and authorities have identified the attackers as mostly young herdsmen from the Fulani tribe caught up in Nigeria's pastoral conflict between host communities and herdsmen over limited access to water and land. 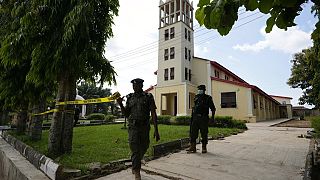