The lack of infrastructure is the main obstacle to intra-African trade. Advances in areas like the Pan African Payment and Settlement System do not hide, however, the need for more and better connections for goods to cross borders and the development of the African Continental Free Trade Area.

_"Despite the great effort that has been made, the African integration is very far from being achieved. One of the big problems is the infrastructure. Naturally it is possible to start thinking about the efficiency of payment systems and also the issue of credit between our banks, which does not exist. We are always dependent on the foreign currency that works with the digital systems. _That is not the reason why economic interaction does not develop. Our biggest problems are the lack of infrastructures for commercial exchanges", José Severino president of the Industrial Association of Angola.

The pan-African payment platform started operating in experimental mode one year ago. Angola received this Friday the director general of this system and the secretary general of the free trade area.

It is estimated that the platform will save an additional five billion euros per year in transaction costs. 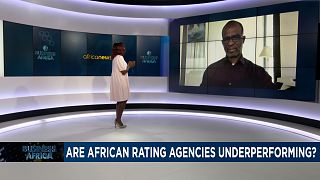