More than 2,300 delegates from Nigeria's ruling party are meeting in Abuja on Tuesday, where the All Progressives Congress (APC) is holding its primaries to choose its candidate for the 2023 presidential election.

More than two thousand three hundred delegates are casting their ballot to select the nominee who will face Atiku Abubakar, 75, of the opposition PDP among other candidates in the February 25 election.

At least three APC would-be candidates backed out of the race shortly before voting began, and assigned their delegate votes to Tinubu, a former governor known as the "Godfather of Lagos".

At Eagle square, the venue for the primary. Hundreds of activists wearing the party's colours - green, white and red - were massing along the avenues, waving flags as they awaited the arrival of the delegates, an AFP reporter noted

Twenty-three personalities in the running for this primary hope to become the APC candidate for this election.

In a country that has been battling criminal and Jihadist violence, the issue of security will be crucial during this primaries.

Nigerian President Muhammadu Buhari has not declared support for any of the candidates. Buhari, who is stepping down after serving his limited two terms, urged the delegates to choose a "knowledgeable, fair-minded nationalist ".

The results of the primary were initially scheduled to be unveiled Tuesday 2100 GMT but were delayed. 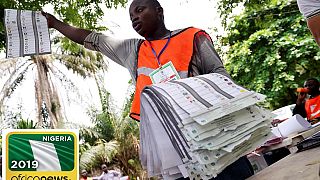 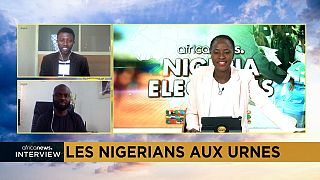