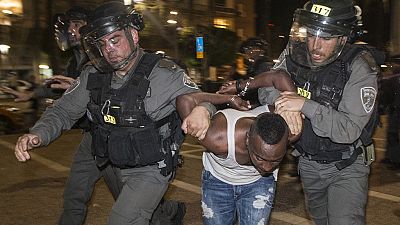 More than 4,500 people have been arrested in the Amhara region as of May 23, according to officials, but some activists say the real figure could be much higher.

They accuse Ethiopia's government of targeting ethnic Amhara people it considers a threat to its authority as it tries to move on from the Tigray crisis.

The arrests are the latest sign that the federal government of Ethiopia is struggling to centralize its authority among scores of ethnic groups.

The Amhara are the second-largest ethnic group and, along with Tigrayans, the source of many of the country's leaders — and critics, especially after frustration grew during the war when Tigray forces invaded the Amhara region and attacked civilians.

The federal government's arrests among the Amhara are "a pre-emptive action to consolidate their power, which they think is slowly slipping out of their hands, especially in the Amhara region," Yilkal Getnet, deputy chairman of the opposition party Hibir Ethiopia, told The Associated Press. "For me, these mass arrests are politically motivated."

The independent Ethiopian Human Rights Council earlier this week said it's not known where most detainees in the Amhara region are being held, alleging that many people were subjected to "kidnappings."

On Wednesday, federal police announced it had identified 111 online media outlets it called illegal and are "attempting to cause a rift between the government and the general public." It said 10 suspects are in custody.

Ethiopia's government and Amhara regional officials defend the arrests and say they will continue.

"There were attempts to portray the government as weak, and to cause public unrest and violence," regional spokesman Gizachew Muluneh told a press conference on Wednesday.

The mass arrests aren't limited to the Amhara region, but the loudest amongst the other regions. Among those arrested are members of the Amhara militia known as the Fano which was an ally of federal forces when fighting Tigray forces.

They are now described in state media as an "irregular force," and efforts are underway to disarm some of the fighters.

"Fano militia strengthened due to the war, and partly the arrests are an effort to bring them under government control," said William Davison, an analyst with the International Crisis Group.

"However, the broad sweep of the detentions, including multiple journalists, suggests the government is also trying to control the narrative as fears grow among Amhara that their interests will be undermined by federal government efforts to end its conflict with Tigray's authorities."

Three of Ethiopia's largest opposition parties have called on the federal government to stop the arrests.

The Amhara Association of America shared with the AP a list of detainees whom it said were targeted in recent weeks. It also alleged that seven people were killed on May 20 in Motta town in the Amhara region when the army and regional special forces fired on a peaceful demonstration against the mass arrests.

The federal government fears Amhara political elites could emerge as its most pointed critics during the current respite from the Tigray war, said Yilkal with the opposition Hibir Ethiopia. 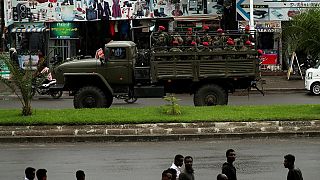 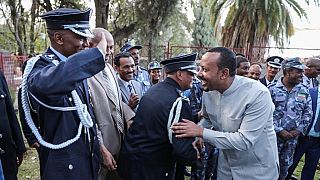