Hundreds of people hit the streets of the Democratic Republic of Congo's capital and the eastern city of Bukavu Wednesday. They marched against Rwanda's alleged meddling in the country's affairs. Relations between the neighbors have long been tense; they reached a new low with the DRC accusing Rwanda of backing a rebel group spreading terror in the east.

"This protest is an expression of the Congolese population's feelings of outrage and anger in the face of our neighbour’s attitude, namely Rwanda’s hostile attitude; it's not the first time they behaved that way”, activist Jean Chrysostome Kijana explained.

"We were here in the morning, here we are at night and we will stay here until we get what we want from our president, protester Mama Kongo says. We want him to act in retaliation of what is happening in the east of the country."

Fighting in the east between the Congolese army and the M23 rebels resumed in March forcing at least 72,000 residents out of their homes.

If the DRC summoned the Rwandan ambassador last week, protesters like Bienvenu Matumo, an activist from the Lucha civil society movement, want him expelled: "We came out here in large numbers at the Rwandan Embassy in Kinshasa to ask the Congolese government to expel Rwanda’s envoy Vincent Karega. He embodies the presence of Rwanda here in Congo because it inconceivable that the ambassador of country, our government has called aggressive, may remain in office in Kinshasa."

In a bid to defuse the tensions, A.U mediator the president of Angola welcome President Félix Tshisekedi in Lunada on Tuesday. Later that day, João Lourenço discussed with the heads of state of the Democratic Republic of Congo and the Republic of Rwanda.

"These discussions allowed the two heads of state to reach an understanding on the holding in Luanda, on a date to be announced shortly, of a summit in which the heads of state of the Democratic Republic of Congo and the Republic of Rwanda will participate, at the invitation of the Angolan head of state, in order to take care of all aspects that can help, in a consistent way, to promote the defusing of the tension currently reigning on the border between the two countries and thus contribute to strengthening peace in the subregion," a statement by the Angolan presidency read. 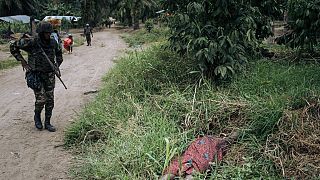 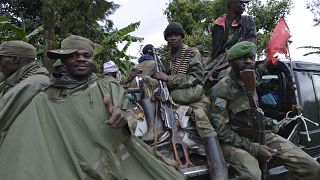