A new attack attributed to the "March 23 Movement", which also calls itself the Congolese Revolutionary Army, targeted a Congolese army post in Rutshuru territory on Tuesday, a few kilometres north of the town of Goma.

Local sources and civil society say that around 20 soldiers were killed in the fighting.

The Congolese armed forces confirm the clashes but not the high number of casualties.

They confirmed, however, that a colonel was among the victims. Casualties were also recorded on the rebel side, but there are no sources to confirm the number.

Only yesterday the military governor of the province visited the region to "comfort the troops".

Some military sources believe that the aim of the M23 is to get the government's attention " to secure new talks .

The movement has been accused of attacking military bases since last October.

Civil society in North Kivu  recommended that the army chief organise an emergency mission in the province to reorganise the troops and "increase the number of military personnel in order to face out the  attacks from the group. 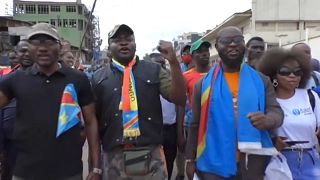