Lourenço is acting as a mediator to defuse the rising tensions between the Democratic Republic of Congo and its neighbor Rwanda.

The officials "discussed various aspects that may contribute to the peaceful resolution of their dispute" the Angolan presidency said in a statement.

"In this sense (...) Félix-Antoine Tshisekedi (...) at the request of his Angolan counterpart, agreed to release two Rwandan soldiers captured recently," it adds.

The heads of state of the Democratic Republic of Congo and the Republic of Rwanda agreed to participate in a summit at the invitation of the Angolan leader.

The meeting will take place in Luanda, on a date to be announced shortly.

Tensions between the countries had been growing since the resumption in March of fightings between DRC’s army and the M23 rebel movement which, according to Kinshasa, is backed by Rwanda, a charge denied by Kigali.

The tensions peaked with fears the countries may forsake the diplomatic path. 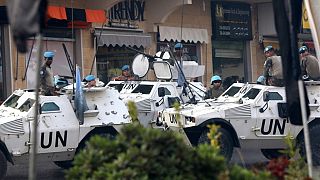