Prime Minister Mustafa Madbouly said Egypt was one of the most vulnerable countries to climate change at the introduction of the National Climate Change Strategy (NCCS) 2050.

Madbouly emphasized the importance of addressing climate change and described it as a threat to national security.

"Climate change is considered one of the most important issues that concern us and the whole world due to the threats on sustainable development which will affect the development plan, food security and water availability.:

"Therefore it will have an impact on the national security as the world will suffer from an increase in poverty rates and other challenges," he said.

Egypt will host the 27th UN Climate Change Conference in the Red Sea resort of Sharm el-Sheikh in November.

The Egyptian minister of environment announced that costs for the NCCS 2050 plan is estimated to be about 211 billion US dollars for mitigation programmes and 133 billion for adaptation programmes.

Earlier this year, Egypt signed a 5 billion US dollar memorandum of understanding with Norwegian renewable energy company Scatec to establish a plant in the Suez Canal area for producing green ammonia from green hydrogen.

The plant, which is to go live in 2025, is expected to produce one ton of green ammonia a year, with a potential to expand to three tons, the Egyptian government said. 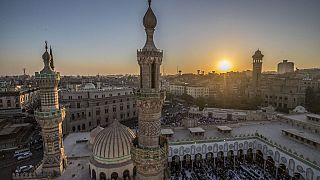 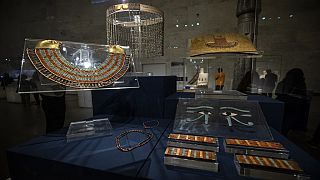