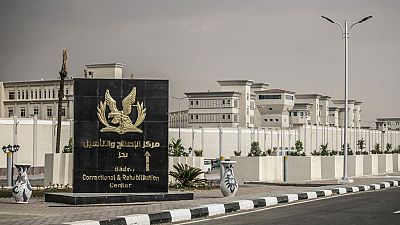 An Egyptian court on Wednesday sentenced to death a man accused of stabbing a Coptic priest to death in the coastal city of Alexandria in April, a court source said.

The Alexandria Criminal Court submitted to the Mufti of the Republic the name of the convicted man who was found guilty of voluntary manslaughter after a psychological expert declared him "responsible for his acts", according to the legal procedure.

The religious authority's approval will be made public at a hearing on 11 June, but it is usually a formality in Egypt, the third most executed country in the world according to Amnesty International.

Arsanios Wadid was stabbed on 7 April while accompanying young people from his parish on the Alexandria Corniche and died of his wounds in hospital, according to the public prosecutor.

Immobilised by passers-by and handed over to the police, the suspect was placed in detention in a psychiatric hospital, as the prosecution had doubts about his mental health.

The Copts, the largest Christian community in the Middle East, represent 10 to 15 million Egyptians out of a population of 103 million.

They feel they have been left out of many positions and deplore the fact that legislation is very restrictive for the construction of churches and much more liberal for mosques.

The subject is sensitive and Coptic human rights activist Patrick Zaki recently spent 22 months in detention for "disseminating false information" because of an article denouncing violations of Christian rights in Egypt.