At a Nairobi rally, Raila Odinga revealed Monday he would share a ticket for the next presidential elections scheduled in August, with female politician and one-time rival.

"My dear Kenyans, cometh the hour, cometh the lady. I have the great honour to announce that I have picked as my running mate, and cabinet secretary for justice and constitutional affairs, the honourable Martha Wangari Karua."

Karua, a former presidential candidate herself, was nicknamed 'iron lady' as she fought her way up the male-dominated Kenyan political arena. If the pair win the polls, Karua would become Kenya's first female deputy president.

"This is a moment for the women of Kenya, it is the moment that my late grandmother, one of the most instrumental women in my life would have been proud of, but she would not have been surprised because generations of women have fought for space in the decision-making table", the lawyer and former justice minister commented.

Many observers believe this year's presidential contest will be a two-horse race between Ruto and Odinga. President Kenyatta who cannot run for re-election has chosen to side with his former rival Odinga.

A record forty-six presidential candidates are among over seven thousand 7000 who will vie in the August 9 General Elections. 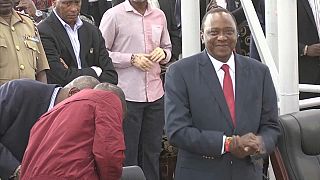 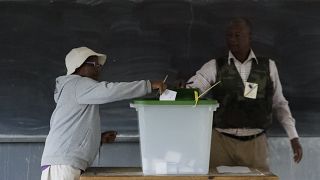 Most anticipated African elections in 2022: A “test” of Africa's Democracy

Most anticipated African elections in 2022: A “test” of Africa's Democracy