UN chief Antonio Guterres on Tuesday visited a displaced people's camp in Niger, where he appealed for humanitarian and military aid for an impoverished country battling jihadist insurgents.

Guterres travelled to the camp at Ouallam in the southwest of the country on the fourth day of a trip to West Africa delayed by the crisis in Ukraine.

He met with several dozen displaced people and refugees from Niger, Mali and Burkina Faso in a school courtyard at the camp.

He said he had chosen to end his two-day visit to Niger "with the martyred population of Ouallam", a town in the Tillaberi border region which has been badly hit by jihadists.

"You can count on me to call on the international community to provide strong support for the Nigerien army so that it is better able to protect you," Guterres said.

He also appealed for help for the Nigerien people and refugees, providing resources that opened the way for "schools for everyone and hospitals which work."

Niger, Burkina Faso and Mali are struggling with a jihadist insurgency that erupted in northern Mali in 2012 and spread to its neighbours three years later.

Thousands of people have died and more than two million have fled their homes, in three countries that rank among the poorest in the world.

In the case of Niger, the country is facing a dual security crisis.

The southwest has been hit by jihadists linked to Al-Qaeda and the Islamic State group, while the southeast is suffering from raids from northeast Nigeria, where Boko Haram launched an insurgency in 2009.

Guterres noted that Mali and Burkina Faso had suffered military coups in 2020 in 2022 -- events triggered by deepening anger at failures to end the insurgency.

"Niger must be a wall that the terrorists cannot cross," Guterres said.

Reiterating remarks he made on Monday, he called for "investment" in the country's armed forces, which he said were not sufficiently equipped to fight the jihadists.

Guterres, this time without being escorted by journalists, paid a long visit to Nigerien special forces at their base in Ouallam, who are being helped by the French and US military.

Niger has around a quarter of a million of internally-displaced people, in addition to 264,000 Nigerian and Malian refugees and 13,000 from Burkina, according to UN figures.

The country is also struggling from food shortages as a result of a drought and the impact from jihadist attacks on village farming.

More than 4.4 million people, or around a fifth of the population, are likely to experience severe food insecurity from July, according to the authorities.

Guterres began his African tour on Saturday in the Senegalese capital of Dakar. He winds it up on Wednesday with a visit to Nigeria. 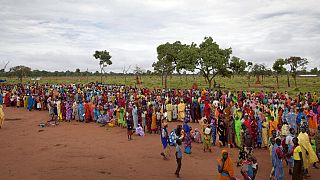 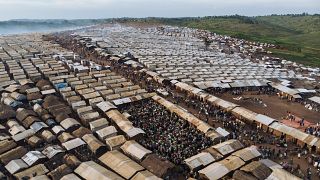 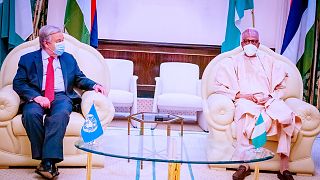