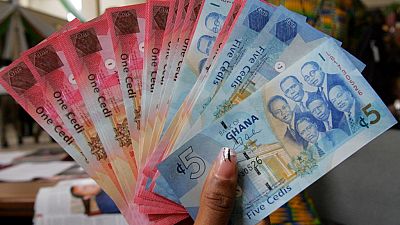 A section of the Ghanaian public has taken to social media to pour out their displeasure about the challenges with the implementation of the controversial electronic levy (E-Levy).

On Twitter, for instance, some customers reported cases of wrong deductions.

Explain dix too us
Clear deception cuz less than 100ghc but it x being affected by the E-levy transaction
This is not fair at all
God will judge all of U
God bless our Homeland Ghana pic.twitter.com/SWP1cXD55C

In response to these reports, the Ghana revenue authority has ordered charging entities to refund to customers all wrong deductions.

“The category of feedback that did not meet our design is the fact that people transferring from one network to another network, for some of them they are being charged.” Isaac Kwabena Amoako, a member of the e-levy Technical Committee of the GRA said this in an interview with a private tv station, TV3.

“We believe that between now and the following day some of these of these corrections will be made,” he added.

I’m sure in their research leading up to the #elevy the government anticipated the chaos and panic withdrawals.

But they’re hoping, like everything else, we will eventually accept our fate, because so many have become reliant on momo.

We’ll have to wait and see.

Whiles the authority tries to solve these challenges; many are still worried about how the new tax may negatively affect their business.

In Ghana, many retail businesses conduct their transactions through mobile money, an electronic wallet service that allows registered users to store send and receive payments using their accounts.

According to Statista, as of January 2022, 38.9 percent of Ghana’s population aged 15 years and above had a mobile money account. The share of mobile money users significantly increased from 2018 but decreased slightly compared to 2020.

For many, this medium is more convenient as compared to the traditional banking system.

A trader in the business district of Accra Nana Adwoa Enninful says, "We have to add e-levy on top of the cost of the item, which will increase the price," she tells the BBC.

"Otherwise, we will go back to cash which sometimes doesn't help us because we get fake notes and sometimes underpayments."

Had to drive 15 mins to pick up me 300 gh this morning #elevy swerve pic.twitter.com/JxP0LErLvd

The government had already anticipated a drop in the use of digital money once implementation begins.

"There will be about 24% attrition rate in the three months to six months that we will introduce it", deputy Finance Minister John Kumah told local media.

"The same research told us what should be done to bring back these people after a while, and we have all these things in place," the minister added.

The new tax has faced several criticisms since it was first announced in Ghana’s parliament in November last year. The debate over the tax ended up in a brawl between parliamentarians in December. 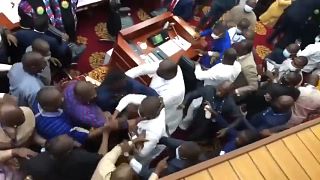