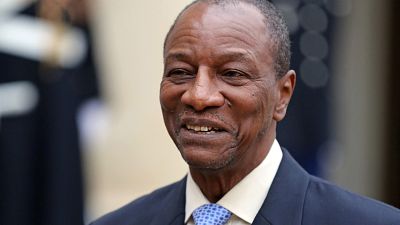 Former Guinean foreign minister and ex-president Condé's doctor have been arrested, police said late on Wednesday. The move came after an unauthorized tape recording emerged on social media. In the audio, the ousted leader gives instructions on his succession to the leadership of the RPG party.

A doctor for Alpha Condé and his last diplomatic chief were arrested after a recording attributed to the former Guinean president, who was to be overthrown in 2021, was broadcast, the gendarmerie said on Wednesday evening.

The broadcast of this recording attributed to Alpha Condé, who was allowed to leave the country in January officially for medical treatment in the United Arab Emirates, has been making waves since the weekend, in a political landscape shaken by his fall and the military takeover.

It came in the midst of a dispute over his succession to the leadership of his party, the Rassemblement du Peuple de Guinée (RPG). The comments recorded speak of the need for the party to get into battle in anticipation of a serious deterioration of the situation in Guinea, particularly because of rising prices. The RPG needs a collegial leadership, they say.

They also assert the need to prevent Mr Condé's long-time opponent, Cellou Dalein Diallo, from being the political beneficiary of a social deterioration. The authenticity of the recording has not been disputed.

A statement released on Wednesday evening by the gendarmerie attributed it to Mr Condé and seemed to imply that it was made without his consent. The gendarmerie said Ibrahima Khalil Kaba, Mr Condé's foreign minister from January 2021 until the September 5 coup, called Dr Mbemba Kaba, the former president's personal doctor, and asked him to collect the latter's opinion on his succession to the leadership of the RPG and to record it.

"At the end of this investigation it is clearly established that this leak has its source in the misconduct of the doctor general Mbemba Kaba on the instructions of his sponsor Dr Ibrahima Khalil Kaba," said the gendarmerie.

They are prosecuted for invasion of privacy and unauthorised processing of personal data, it said. It added that they will be presented to the prosecutor, without specifying a date.

The RPG said in a statement that it had learned "with concern" of the arrest of the former minister, one of its members. It assured that the recording had not been discussed or shared within its bodies. Since September, Guinea is ruled by leader Colonel Mamady Doumbouya who overthrew Alpha Condé before he was sworn in as the president for the duration of the transition. A duration that has not yet been defined. 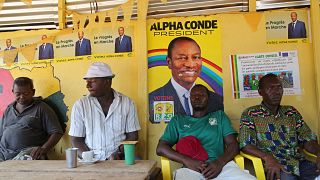