The 18th edition of the Cape Epic got underway in Somerset West, South Africa on Sunday.

Often referred to as the 'Tour de France of Mountainbiking', the 8-day event opened with a testing 24 kilometre prologue stage that included more than 700 metres of climbing.

In the men's competition, the top three all finished within a minute of each other.

South Africa's Matthew Beers is the defending champion and with new partner Christopher Blevins of the United States, they proved quickest for Team Toyota-NinetyOne-Specialized.

The event gets a lot tougher from here - Monday's Stage 1 stretches to 92 kilometres and has a gruelling 2850 metres of climbing, all around the Laurensford Wine Estate. 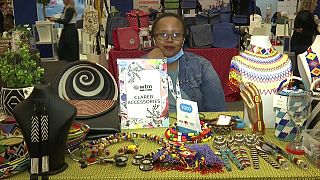 Innovation for the revival of African tourism

Innovation for the revival of African tourism