If business and military cooperation were some of the main topics discussed, the raging conflict in Ukraine also came at the forefront. Felipe Nyusi reiterated his country’s neutral stance.

He will host president Marcelo Robelo de Sousa during his three-day visit to the Southern African country.

If business and military support were some the main topics discussed, the raging conflict in Ukraine also came at the forefront. President Nyusi reiterated his country’s neutral stance: "Mozambique doesn’t support war. That is for sure. We’re in favour of dialogue and we believe a resolution of the conflict is at hand because important steps towards dialogue have already been made. This is our position. Mozambique doesn’t say A, is right and B or C are not, we will never say war is a good thing, no one should kill another person. It is always possible to avoid reaching such extremities and we will continue to encourage dialogue."

Contrary to Portugal, Mozambique is one of the 35 countries which abstained from voting on a UN resolution demanding Russia to halt its invasion and withdraw forces. Despite negotiations Ukraine and Russia are yet to reach a cease-fire. 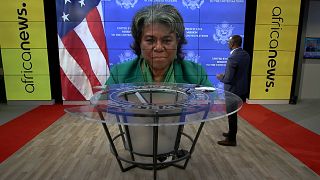 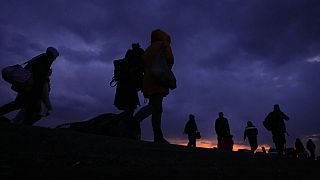