On a four-day working visit to Morocco, Israel’s economy and industry minister met with her Moroccan counterpart.

On Monday, Moroccan Ryad Mezzour signed a deal with Israeli Orna Barbivai to boost trade and investment cooperation between the countries.

The current level of commercial exchange between the North African Kingdom and Israel amounts at 13 million dollars. The two nations are seeking to quadruple this annual trade.

"The meeting with Economy and Industry minister of Israel, Orna Barbivai, is part of the implementation of the joint declaration signed on December 22, 2020 in Rabat", Ryad Mezzour said. Two countries demonstrate their desire to promote a dynamic and innovative bilateral economic cooperation in the fields of trade, finance and investment as well as innovation and technology."

The agreements will deepen the partnership between the countries' private sectors and allow for the exchange of expertise in the field of innovation. Moroccan minister also pointed to sectors with "strong investment potential", including agribusiness, automotives or renewable energy.

Barbivai said the agreement signed was only the beginning: "Israel recognizes Morocco's strategic geopolitical ability with Africa and Europe, and we have no doubt that cooperation in this matter will open more markets to industry, export and import in any aspect."

Her stay in Morocco marks Israel's third official visit to the country since the nations re-established diplomatic ties in late December 2020. Since then, trade between Israel and North African and Middle Eastern countries has increased.

More agreements over taxation and customs cooperation are still "under negotiation" between Morocco and Israel. 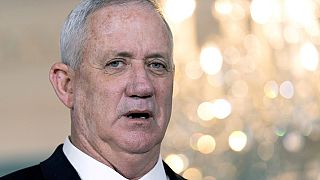