Mali's lawmakers voted on Monday a plan allowing the transitional government to rule for up to five years in line with a proposal by the authorities. On Thursday, the ECOWAS mediator for Mali will lead a mission on a timetable for elections.

Mali parliament voted on Monday a plan allowing the transitional government headed by Colonel Assimi Goïta to rule for up to five years.

In line with a proposal by the transitional government, 120 members of Mali's 121-seat interim parliament voted to adopt the bill during a session exclusively dedicated  to"the examination of the draft law on the revision of the transition charter."

The new charter comes after regional sanctions hit the country in January over delayed elections. This delay contributed to worsen an already souring relation with France which eventually decided to withdraw troops from Mali.

A move welcomed by Ben Diarra,a member of the National Transition Council. "It is a feeling of joy and pride when the occupying forces leave your territory. You can only rejoice and congratulate the patriotic courage of the authorities, especially the patriotic president, the liberator Assimi Goïta. When the Barkhane forces withdraw it is the beginning of the end of the war in Mali[...]"

If the new charter does not mention on what date a future presidential election might be held, it says serving president Kornel Goïta will not be allowed to participate in the next elections.

After staging a coup in August 2020, Mali’s rulers initially promised to organise a vote in February 2022.

But citing security concerns last December, the government proposed staying in power for much longer. The chairperson of the Economic Community of West African States, president Nana Akufo-Addo said during the AU-EU Summit that a one-year transition could be deemed acceptable.

On Monday, the ECOWAS commission announced its mediator for Mali would lead a mission on Thursday on a timetable for elections. 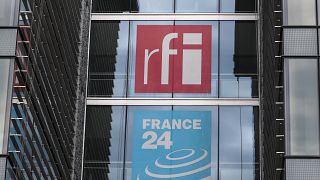 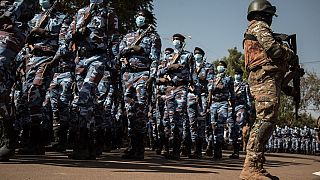