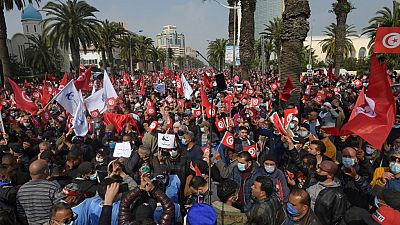 Tunisia's main political party, Ennahdha has decided to go ahead with its planned demonstration on Friday, despite the imposition of a night curfew that starts on Thursday.

The Tunisian government on Wednesday announced the imposition of a two week night curfew due to the surge in covid 19 cases. In a quick response, the Ennahdha party claimed the ban on rallies and public gatherings was politically motivated.

Ennahdha, the Islamist-inspired party in the sights of President Kais Saied, who suspended parliament and assumed full powers on July 25, said it "rejects the political instrumentalisation of the health situation and the risks of spreading the coronavirus epidemic to destroy what remains of fundamental rights and freedoms, first and foremost the freedom to demonstrate and free expression.

The party had on January 8 called on all other parties to come together Friday mark the 11th anniversary of the fall of the dictator Zine el-Abidine Ben Ali on 14 January 2011. The nigh

"Ennahdha calls on all those who plan to participate in the January 14 demonstrations to respect the health protocol and security instructions," the party added in a statement on thursday.

The intended demonstration comes at a time when tensions between Ennahdha and Mr. Saied - already high since the president's July coup - have risen after the late December arrest and hospitalization under police guard of one of the party's strongmen, former Justice Minister Noureddine Bhiri.

Jawhar Ben Mbarek, a figure of the Tunisian left who heads a collective of opponents to what they denounce as a "coup d'état" of President Saied, also called for demonstrations on Friday despite the ban on rallies decided by the authorities. 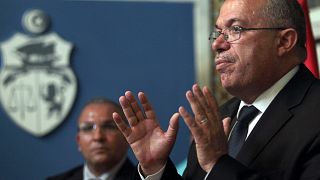 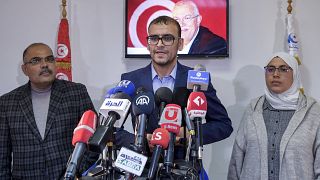