In the absence of an efficient waste recycling system here in Tunisia, some entrepreneurs have established facilities dedicated to growing tonnes of plastic waste, which is becoming a burden in the country.

This is the case of African Recycling, a company located in Mghira, near the capital Tunis, where waste is weighed, sorted and cut into fine chips for industrial use.

Collected by hand in the streets and bins of the city by "barbechas", informal collectors, the waste processed by the company each year amounts to 6,000 tonnes.

"The state is paying about 150 to 200 dinars (about €46 to €61) per tonne to landfill this waste and to transport it. And in Europe and in other countries, they see that this waste is an asset. Many investors in Europe have invested in waste to make money. In Tunisia, until today, it is the state that pays for the landfill," explained Tarek Masmoudi, owner of the company African Recycling.

According to Masmoudi, waste management in the country reflects a lack of strategy and vision, as does the political situation in the country since the 2011 revolution.

After a decade of political paralysis since Tunisia's 2011 revolution, Masmoudi says the waste management system reflects a lack of strategy and vision.

Companies like his are prevented from collecting waste directly, because "the municipalities own the waste," he says.

If you want to have solutions, you have to have a fixed strategy, and you can't change it. And that's what we've had in Tunisia. We've had a lot of changes and each time we come back to the starting point. People can't wait any longer. The state, the people in government, they have lost their credibility with the people living in the area," said _Walim Merdaci, a waste management expert.

Of the 85 per cent of waste that ends up in formal and informal landfills, only four to seven per cent is recycled.

A company like African Recycling sorts the waste and indirectly provides work for about 200 people. 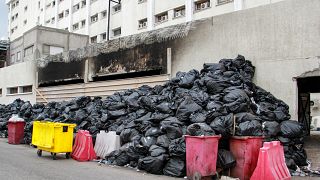 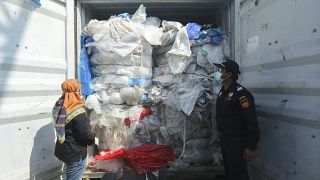