A palm grove like a Garden of Eden in the middle of the desert.

This palm grove is located in Ouadane , a small town in the desert region of central Mauritania. The wealth of the once rich city is gradually fading out.

A city in search of its lost prestige to which the Mauritanian government wants to restore.

The 2021 Heritage Cities Festival is designed to be the starting point.

"The choice of Ouadane is a choice that is also right because Ouadane was and still is a city of tolerance, a city of cohabitation and also a city of emancipation. So, the Ouadane speech is a historical speech." Mokhtar Ould Dahi, minister of culture said

To get Ouadane out of its current misery, the Mauritanian state has released three billion Ouguiya, which is approximately 82 million dollars. This money is intended to finance several development projects in this northern city.

Director of the festival, Adnane Ould Beyrouk, said: "The development approach that was promoted this year has borne fruit through the elaboration of a development plan for dams, irrigation, the palm grove, cultural infrastructure and many other areas of life, the aim of which is to fix the population in their land and to attach them more closely to their culture.

It is not for nothing that this year's festival was less joyful and more focused on exchanges on development strategies. This is more than urgent for this historic region, which is losing its wealth.

"The curtains have fallen on the 10th edition of the 2021 Heritage Cities Festival here in Ouadane. This year the focus was on the development of the historic cities of Ouadane, Tichitt, Chinguitti and Oualatta, the frame of modern Mauritania. Once flourishing, these regions have been completely untied for several decades. This is why the Mauritanian state has undertaken major economic projects to open up these regions.

I am Wahany Johnson SAMBOU, special correspondent in Ouadane, in the north of Mauritania, for Africanews. 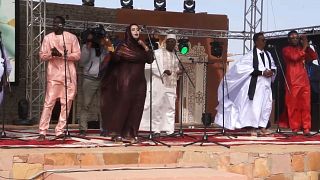 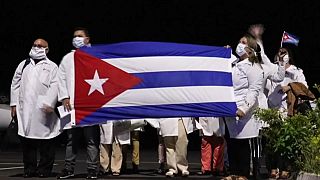 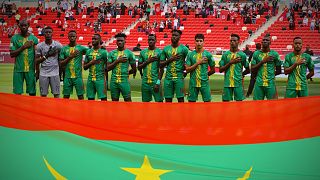