ANC party sees big decline in the votes, the party of late anti-apartheid leader Nelson Mandela, got less than 50% of ballots cast in local government elections.

The African National Congress (ANC) garnered 46.04% of the vote, the electoral commission announced, the worst result for Nelson Mandela's historic party, which has won every vote by an absolute majority since the first democratic elections in 1994.

Many of the angry voters simply turned their backs on the polls. Turnout was low: only 47% of the 26.2 million registered voters turned out. Out of 213 local councils, the ruling party came out on top in 161 of them.

For the younger generation of voters, the ANC is synonymous with corruption and mismanagement. Years of mismanagement have left public services in disrepair in a country where daily life is plagued by power and water cuts.

In July, the country experienced a wave of rioting and looting in Johannesburg and the eastern province of Kwazulu-Natal, which left more than 350 people dead. The violence was initially triggered by the imprisonment of Jacob Zuma, who was convicted of contempt of court, but it was also a sign of the tense social and economic climate.

The polls were held on Monday without major incident. The army had been called in to reinforce the police for the elections. 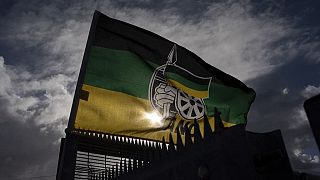