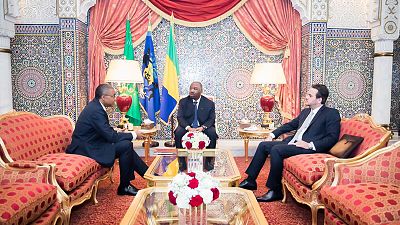 Brice Laccruche Alihanga, a once-powerful chief of staff under Gabonese President Ali Bongo Ondimba, was sentenced Friday to five years in prison after a high-profile trial sparked by an anti-corruption crackdown.

Laccruche, 41, became a powerbroker in the oil-rich state after Bongo suffered a stroke in October 2018 and spent months convalescing abroad.

Shortly after Bongo returned to the political stage, Laccruche was sidelined in November 2019 and then became a target in an anti-corruption drive that also aimed at several high-flying associates.

Laccruche, a French-Gabonese who had also had the rank of minister, was arrested in December 2019 and held in custody for allegedly siphoning off public funds.

The court in the capital Libreville sentenced him on the relatively minor charge of "improperly issuing administrative documents" and fined him five million CFA francs ($8,900, 7,500 euros).

He is also being prosecuted separately for other offences.

"This is a grossly unfair sentence which completely discredits the notion of justice," Laccruche's lawyer Anges-Kevin Nzigou told AFP.

He said the punishment was a "political decision".

"I don't know if we are going to appeal -- I don't believe in the ability of the magistrates involved in this case to interpret the law" correctly, he said.

His custody became a legal issue in France, where an examining magistrate last year began probing allegations that he and his brother Gregory, who is also accused of embezzlement, were being held arbitrarily.

A working group at the UN's Human Rights council said late last year that the detention of the two brothers and three other individuals, was "arbitrary" and demanded they be immediately released and compensated.

Bongo was first elected in 2009 after the death of his father Omar, who led the country for 42 years.

After Laccruche was fired, Bongo appointed his eldest son, Noureddin Bongo Valentin, as his key aide, with the title of coordinator of presidential affairs.