The Sudanese government warned pro-military and civilian supporters against any "escalation" on Monday in Khartoum after the dispersal of a demonstration calling for his downfall, a new episode in the "worst crisis" of the post-Bashir era, according to the Prime Minister.

The office of Prime Minister Abdallah Hamdok announced the creation of a "crisis cell" to try to lower tensions in Sudan, one of the poorest countries in the world according to the UN and which has been trying for two years to lead a difficult transition.

This cell is composed of two senior army officers and four representatives of the demonstrators, like the transitional authorities jointly led by military and civilians, said a government source to AFP.

Two of the four representatives of the protesters are pro-civilian, coming from the revolt that ended in 2019 the 30-year dictatorship of Omar al-Bashir, while the other two come from a seditious faction of this bloc that now wants to hand over power to the military.

Even as the cabinet was making these decisions, police were tear-gassing pro-military protesters gathered outside its headquarters chanting "Down with Hamdok!" on the third day of a show of force by supporters of military rule.

- "A government of military" -

Shortly before, in a pro-army sit-in tent set up a few hundred meters from the gates of the presidential palace, a protester, Tahar Fadl al-Mawla, told AFP that "the civilian government has failed."

"We want a military government to ensure the transition," said the 52-year-old tribal dignitary, before a procession of demonstrators left the scene for the government building, also in central Khartoum.

Currently, a Sovereignty Council made up of military and civilians is overseeing the transition to a government led by technocrat Abdallah Hamdok, a former UN economist.

These interim authorities have promised free elections by the end of 2023, a deadline that has been jeopardized by the current mobilizations, which have raised fears of tensions.

On the one hand, supporters of the army are calling for a "military government" to pull the country out of its political and economic slump, while on the other hand, activists of the 2019 "revolution" are calling for a complete transfer of power to civilians.

The latter are calling for a "one million person demonstration" on Thursday, throughout the country but also in Khartoum, the capital.

The sacred union of the popular revolt between the military and civilians that pushed the army to remove the autocrat Omar al-Bashir has come to an end. From now on, the two camps are facing each other and the pro-civilian bloc is tearing itself apart.

- Fair solutions" for the East -

On Saturday night, the pro-army thus came out at the call of a seditious faction of the Forces for Freedom and Change (FLC), the civilian bloc that has been trying since 2019 with the army to lead Sudan to its first free elections.

At the call of Finance Minister Jibril Ibrahim, a former rebel leader appointed to Mr. Hamdok's inclusive government, they are now camped out in dozens of tents at the gates of the presidential palace where the transitional authorities sit and assure that they will only leave once the government is dismissed.

This sit-in, announced as indefinite, adds to the many challenges the Hamdok government already faces.

On September 21, an attempted coup d'état destabilized its power. A few days earlier, protesters began a blockade of the country's main port in the east, which is still ongoing, creating shortages in a country plagued by high inflation.

The government discussed the situation in the east at its meeting on Monday, promising to find "fair solutions" and "put an end to the economic abandonment" of the resource-rich but infrastructure-starved region, according to a statement. 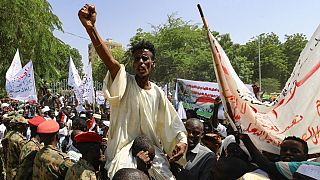 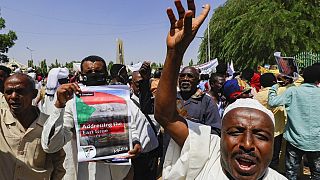 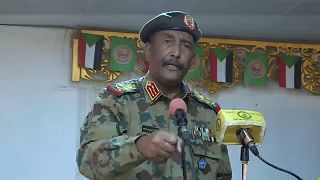