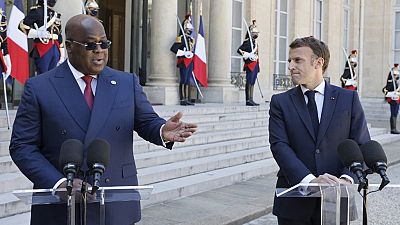 African and European leaders, as well as heads of multilateral lenders and institutions, will meet in Paris on Tuesday to try to find new solutions to financing Africa's development needs.

The "Summit on Financing African Economies" will be hosted by French President Emmanuel Macron.

The International Monetary Fund has projected that Africa was likely to face a financing gap of 290 billion dollars by 2023.

A pause on public debt servicing introduced in April 2020 at the initiative of the Paris Club and the G20 after the stress caused by the pandemic has also provided some breathing space for developing countries, by suspending some 5.7 billion euros in interest payments.

China, Africa's largest bilateral creditor, has provided at least $10.7 billion in global debt relief in 2020 and 2021.

But that won't be enough. "We cannot use yesterday's recipes" when "we are collectively abandoning Africa to solutions that date back to the 1960s", said Emmanuel Macron at the end of April, calling for a "New Deal for financing Africa".

Macron warned against the risk of a boomerang effect, between "reduced economic opportunities", "forced migration" and "expansion of terrorism".

Providing countries a lifeline during a pandemic

Leaders have been urging the IMF to allocate Special Drawing Rights (SDRs) to African countries to provide them with "the essential liquidity to purchase basic commodities and essential medical equipment.

While the principle of issuing SDRs of $650 billion, of which $34 billion will be allocated to Africa, has been accepted, the amount is considered insufficient, according to the French presidency, which has proposed the sale of IMF gold to provide zero-interest loans to African countries.

On Monday, Ivory Coast President Alassane Ouattara called on the IMF to allow African countries to let their budget deficits run a little wider. With more room, they could "better face the pandemic" and "finance urgent expenses to fight terrorism", he argued, citing the example of his own country, which borders Burkina Faso and Mali and faces terrorism.

But private investment will also have to be mobilized to finance the development of a continent that aspires to escape aid. 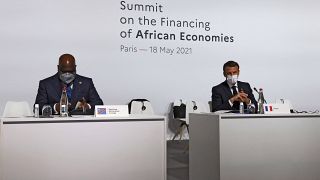 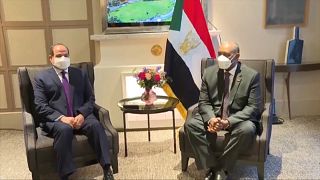