Recent flooding from the rising waters of Lake Tanganyika at the port of Bujumbura in Burundi has affected 8,000 families with around 2000 people displaced in lakeside communities --including Bugarama, Kanyenkoko, Muhuta, Nyanza-Lac, Gatumba, Rukaramu, Kibenga, Gisyo and Kabondo in the province of Bujumbura Rural, roughly 12 km outside the city.

The details come from an April 25 report by The UN Office for the Coordination of Humanitarian Affairs (UNOCHA). And it appears that the number of people affected could most probably rise as flooded houses continue to collapse.

The lake's levels have been slowly rising since February 2021 and stood at 776.45 metres above sea level as of April 19 -- as on that night, torrential rains caused the banks of the Ruzizi River to overflow.

Emelyne Narugo, a female resident of Gatumba, shared some of her recent experiences with the floods.

"Children have to use boats to go to school. Their notebooks have spoilt because they got wet from the first days of flooding, their uniforms too, we would like the (government or aid organizations) to help us."

Local experts have warned the media that if the lake's levels exceed 777 metres, areas around Bujumbura port will also see flooding.

Jeannette Sinzobakora, another resident of Gatumba highlights another danger brought on by the floods: predators in the waters.

"Each time the children try to get to the rest of the house to see what they can save, but the crocodiles chase them away. Crocodiles often come to seek their prey everywhere in these waters."

In addition, strong winds and landslides have also affected hundreds of people in other parts of the country, the majority of whom are now displaced. 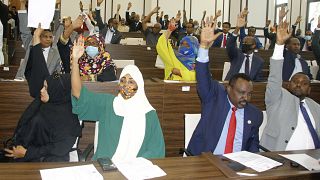 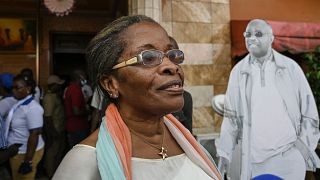