The political appeasement gestures multiplied on Friday in Côte d'Ivoire where exiled supporters of ex-president Laurent Gbagbo returned after ten years of exile, at the same time as the release of a hundred prisoners accused of violence related to the 2020 presidential election was announced.

Six supporters of former Ivorian President Laurent Gbagbo, including former party officials, landed in Abidjan from Ghana under the auspices of the United Nations High Commissioner for Refugees (UNHCR), in agreement with the Ivorian government, in the name of "national reconciliation".

The exiles, who include former budget minister Justin Katinan Kone and Laurent Gbagbo's younger sister Jeannette Koudou, were greeted at the airport by dozens of activists, kept at a safe distance by police, as well as journalists.

"I am serene, I have a happy heart," Ms Koudou said at a press conference, saying she was "full of gratitude" for her "comrades" of the Ivorian People's Front (FPI) created by her brother.

Among the returning exiles is Damana Pikass, who made a name for himself by snatching from a member of the electoral commission the results by region that he was reading on live television, which would have given Alassane Ouattara the victory over Laurent Gbagbo in the 2010 presidential election.

Gbagbo's refusal to admit defeat led to a serious post-election crisis that left some 3,000 people dead.

The return of the exiles precedes the expected return of Laurent Gbagbo himself, after his acquittal on March 31 by international justice for crimes against humanity committed during the crisis.

Saying he felt "a sense of joy after ten years away from the motherland, ten years away from family affection", Damana Pikass said he returned to prepare, at his request, the return of the former president, "to mobilize around the discourse of reconciliation and the gathering of the people of Côte d'Ivoire.

In early April, President Ouattara announced that Gbagbo was free to return to Côte d'Ivoire - from Brussels where he currently lives - whenever he wished, but no date has yet been set.

Discussions are underway between the government and the FPI to determine the modalities and date of his return.

Alassane Ouattara was re-elected in October 2020 for a controversial third term in a presidential election boycotted by the opposition, leading to an electoral crisis that left around 100 people dead and half a thousand injured between August and November 2020.

Tensions have nevertheless eased in recent months, with the March legislative elections taking place peacefully and with the participation of the opposition.

As the exiles returned from Ghana, Richard Adou, the Abidjan prosecutor, announced to the press the release of a hundred people whom the opposition calls "political prisoners", incarcerated for their alleged role in the violence related to the last presidential election.

"The investigating judges ordered on 28 and 29 April the provisional release or judicial supervision of a hundred defendants," said the prosecutor.

"To date, 102 people for whom investigations are continuing remain in detention," he added, adding that they could be released on bail or under judicial supervision.

Among those released, Pulcherie Gbalet, an Ivorian civil society figure, called on Friday for "true national reconciliation", two days after being released from prison where she had just spent eight months, notably for "inciting revolt".

She hoped that the third term of President Alassane Ouattara, against which she fought and "which has caused so many victims, will be one of true reconciliation without trickery and without evasion. 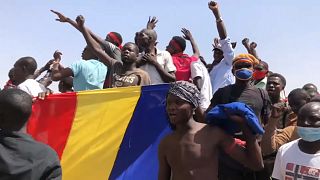