Libya's prime minister-designate on Tuesday expressed support for the maritime agreement signed between Turkey and the former U.N.-backed government based in Tripoli, saying it serves the country's economic interests.

Abdul Hamid Dbeibah made the comments a day before being confirmed as Libya's prime minister.

Under the deal with Turkey, "Libya has acquired a good share of the gas field that it did not possess," he said, but added that "parliament is the one who will approve it."

Dbeibah noted he couldn't say anything about the country's security agreements with Turkey, leaving decisions about those to parliamentarians.

Dbeibah's government, which replaces two rival administrations - one based in the country's east and another in the west - that have been ruling Libya for years, was approved by 132 lawmakers on Wednesday.

The country has been divided between two governments, one in the east and another in the west, each backed by a vast array of militias as well as foreign powers. 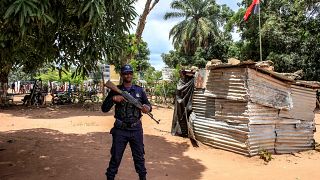